There is no easy way to access business financing

Door # 1? Door # 2? Which way to go?
Too often we see business owners looking for financing and not knowing where to begin.
Well there a few fundamentals many entrepreneurs don’t think about and so are often ill-prepared to support their request for financing.
Where do they start… usually the local bank branch manager where they do business. From there a search may expand to other banks, federal or regional government agencies, and venture capital or angel investing groups.
The real starting place should be a plan. Business owners/managers should be able to first clearly outline a set of objectives. What is the focus of the plan? Have all issues been prioritized? What uses of funding can maximize the return on funds invested?
If the planned use of financing cannot be clearly articulated why should the provider take the risk?
One of the key elements often overlooked by borrowers is the lenders keen interest in understanding the strength of the borrower’s organization. Banks or private lenders want to know who is managing their money; they have little interest in owning a business that defaults on a loan. Therefore step one in the process may be cleaning up you house and strengthening the organization.
Financing through loans vs grants is always an interesting discussion. Too often businesses want and expect a government grant to grow their business. Weak arguments are made about the worth of the project and the interest for governments to throw money at a problem. Governments mainly pursue support programs that will garner political favour and help facilitate re-election.
Private investors look with equally critical eyes at the risk of the venture. These groups want a high multiple return, particularly if risk is high for any potential investment. Some have greater appetites for risk but again the expected return is higher and often the trade-off is the borrower may lose control of the business.
Always remember the GOLDEN RULE.
HE WHO HAS THE GOLD MAKES THE RULES
Posted by Gerry Simpson SmartLine at 6:23 PM No comments:

Does your business pass the Colin Powell test?

What is leadership? What identifies a leader within a business?
A leader is someone who has a vision, a drive, and a commitment to achieve beyond that vision. The leader must then also have the skillset to enlist the support of others in the organization to achieve the stated goals.
Colin Powell, a well-recognized leader in the U.S., once described good leadership as “being responsible and sometimes that means pissing people off”. Leadership involves responsibility to the welfare of the group, which might mean that employees get angry at your actions and decisions. It’s inevitable if you are honourable. Trying to get everyone to like you is a sign of mediocrity: you’ll avoid the tough decisions, you‘ll avoid confronting the people who need to be confronted, and you’ll avoid offering different rewards based on different performance because some people might get upset.  Ironically, by procrastinating on the difficult choices, by trying not to get anyone mad, and by treating everyone equally “nicely” regardless of their contributions, you’ll simply ensure that the only people you wind up angering are the most creative and productive people in the organization.
Powell also offered these key thoughts on leadership:
-        The day people stop bring you their problems is the day you stop leading them. They have either lost confidence that the leader can help them or concluded that the leader doesn’t care. Either case is a failure of leadership.
-        Don’t be buffaloed by experts and elites. Experts often possess more data than judgement. Elites can become so inbred that they produce haemophiliacs who bleed to death as soon as they are nicked by the real world.
-        Don’t be afraid to challenge the pros, even in their own backyard.
-        Never neglect details. When everyone’s mind is dulled or distracted the leader must be doubly vigilant.
-        You don’t know what you can get away with until you try.
-        Keep looking below the surface appearances. Don’t shrink from doing so just because you might not like what you find.
-        “If it ain’t broke don’t fix it” is the slogan of the complacent, the arrogant or the scared. It’s an excuse for inaction.
-        Organization doesn’t really accomplish anything. Plans don’t accomplish anything either. Theories of management don’t much matter. Endeavours succeed or fail because of the people involved. Only by attracting the best people will you accomplish great deeds.
-        Organization charts and fancy titles count for next to nothing. Titles mean little in terms of real power, which is the capacity to influence and inspire.
-        Effective leaders create a climate where people’s worth is determined by their willingness to learn new skills and grab new responsibilities, thus perpetually reinventing their job.
-        Great leaders are almost always great simplifiers, who can cut through argument, debate, and doubt, to offer a solution everybody can understand.
These are great examples of some of the truisms about leadership.  Another great business leader, Lee Iacocca, said it best:
LEAD, FOLLOW, OR GET OUT OF THE WAY.
Posted by Gerry Simpson SmartLine at 6:36 PM No comments:

How Networking can pave the road to improved results 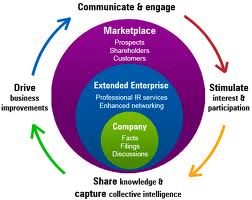 Having a network of business peers and associates can be invaluable in resolving business issues, sharing relationships and helping each other in a group.
Network opportunities can provide:
-        A setting to meet new contacts in a casual, less business, more social environment.
-        A way to volunteer in organizations and gain visibility while giving back to those who may help you.
-        Ways to meet people across different business streams that may have resources that can help you achieve your own goals.
-        An opportunity in group discussions to pose open ended questions that can provide additional information you seek and stimulate responses that show your interest in the group.
-        An opportunity for you to be a discussion leader and that adds respect for you and a chance to be perceived as a leader.
If you extend efforts to become more involved with a variety of networks there can be a significant payoff in terms of support you achieve in developing your new business opportunities and contributions you can make to others without jeopardizing your own business goals.
Look for groups to join that can expand your knowledge base and your business. Take no opportunity to network lightly – strive for excellence.
Posted by Gerry Simpson SmartLine at 12:08 PM No comments:

How to crystalize business growth options through Strategic Planning 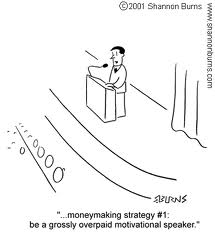 Or an overpaid blogger..
What is it? Why do strategic planning? When is the right time for strategic planning?
Strategic Planning is a tool to formulate high level business strategy. It sets the table to allow preparation of detailed business plans.
Strategic planning is undertaken to define the precise mission of the organization, prioritize opportunities and help manage growth. It is also a very useful tool in satisfying succession planning needs.
Most strategic planning is undertaken to establish base guidelines for a business plan. It also provides the benefit of helping maximize resource utilization and prioritize growth options.
A strategic plan is a coordinated and systematic way to develop a course and direction for your company. Basically, if you don't have a strategic plan, it's akin to navigating unknown territory without a map. And without a map, you're lost in a highly competitive business environment that will inevitably throw these challenges your way: increasing globalization, unpredictable investment patterns, more demanding clients and the dizzying speed of technology. A rule of thumb is that if there's uncertainty on the horizon, which there always is today, the greater the need for strategic planning.
Since no two businesses are alike, the process you choose to do your strategic planning should fit the nature of your business. You can adapt it to suit your needs. For example, if you're a small firm, a brief strategic plan might be appropriate. If you're a bigger company, a more detailed plan on various aspects of your organization may be more effective.
Don't confuse a strategic plan with a business plan which is a much broader document and includes a strategic plan, a marketing plan, financial plan and operational plan.
Prepare and define the scope of your planning by reviewing your motivation, costs and means.
Review of your company's internal environment and looking at external factors such as competition and demographics and match your strengths and weaknesses in order to capitalize on opportunities.
What's important is that you have a document that outlines where your company is going, so that everybody in your business is working with the same information. Ultimately, strategic planning helps to gauge what an organization is, what it does exactly, and why it does it, with a focus of optimizing your future potential.
Posted by Gerry Simpson SmartLine at 12:02 PM No comments:

Fighting recession - How Your Bottom Line Triggers Your Ability To Recover

Fighting the recession recovery battle requires the discipline to focus on results and the best measure is the bottom line. Too often friends and associates in various businesses I see from time to time seem preoccupied with recovering sales or market share.
Most often it is so much more expensive to recapture sales volume levels when the customer base may be in survival mode. Short term look at cost reductions may keep the bottom line intact and this is the more important measure.
You need the right tools to stay on top of trends that facilitate recovery. You can find the help you need to develop an effective plan simply by learning from others who have the experience and have learned to manage through difficult times and have maintained strong profitable businesses.
It is important to set specific goals:
-        Set profitability goals
-        Get to know  and network with leaders in the business community
-        Clearly understand your current strengths and weaknesses
-        Set a path towards where you want to be
-        Use leaders as sounding boards where practical
-        Emulate successful tactics of peers and competitors
-        Focus on core competencies
-        Keep the organization lean and eliminate waste
-        Work on continuous improvement
-        Keep administration simple – focus on needed information
Make sure the planning process is in place before the worst case scenario sets in.
Posted by Gerry Simpson SmartLine at 11:58 AM No comments:

Strategy Planning guides to assist you in making the best business decisions possible.